1.1 The Case for Climate Change

What is Climate Change?

“Human influence on the climate system is clear. This is evident from the increasing greenhouse gas concentrations in the atmosphere, positive radiative forcing, observed warming, and understanding of the climate system.” Pg 15 IPPC 5th Annual Report: Summary for Policymakers

Human influences have caused major changes to the climate, and in turn, European society is confronted by the major impacts of climate change such as increasing global temperatures, sea level rise, and unexpected extreme weather events. In September 2013, the Intergovernmental Panel on Climate Change (IPCC) Fifth Report declared that it was extremely likely (95-100% probability) that most of the warming since 1950 has been anthropogenic: a result of human influence. The IPPC further stated that greenhouse gas emissions at or above current rates may lead to changes in the oceans, ice caps, glaciers, the biosphere, and other important components of the climate system.

The emigration of millions of people, climate change refugees, is also a very real impact of climate change as the places in which people live change or disappear entirely. The impacts of climate change will produce challenges to the places in which people live and work which cannot be ignored by planners. The main challenge is the need for joined-up and long term mitigation measures that enable substantial and sustained reductions in the emission of greenhouse gases (CO2, NO2, CFC, methane). Ambitious national, regional and local targets that are integrated with existing and improved planning policies and processes are needed to achieve the joined up approach required for a reduction in greenhouse gas emissions.

Increasing CO2 emissions into the atmosphere: The emission of carbon dioxide (CO2) into the atmosphere has been increasing over the past few decades. The concentration of CO2 in the atmosphere has increased from below 320ppmv (in 1960) up to 390 ppmv (in 2011). Despite the political will to reduce global CO2 emissions through international agreements such as the Kyoto-Protocol (1997), atmospheric concentrations of the greenhouse gas(GHG)  emissions (CO2, methane, nitrous oxide) have increased to levels unprecedented in at least the last 800,000 years. CO2 concentrations have increased by 40% since pre-industrial times, primarily from fossil fuel usage and secondly from net land use change emissions. The ocean has absorbed about 30% of the emitted anthropogenic carbon dioxide, causing ocean acidification (Fifth IPCC report, 2013). CO2 absorbs infrared and near-infrared light, before slowly re-emitting the infrared at the same wavelength as what was absorbed. This process is the fundamental cause of the greenhouse effect and global warming.

Figure 1: Carbon increase in the atmosphere in Hawai (PPM at Mauna Loa observatory) 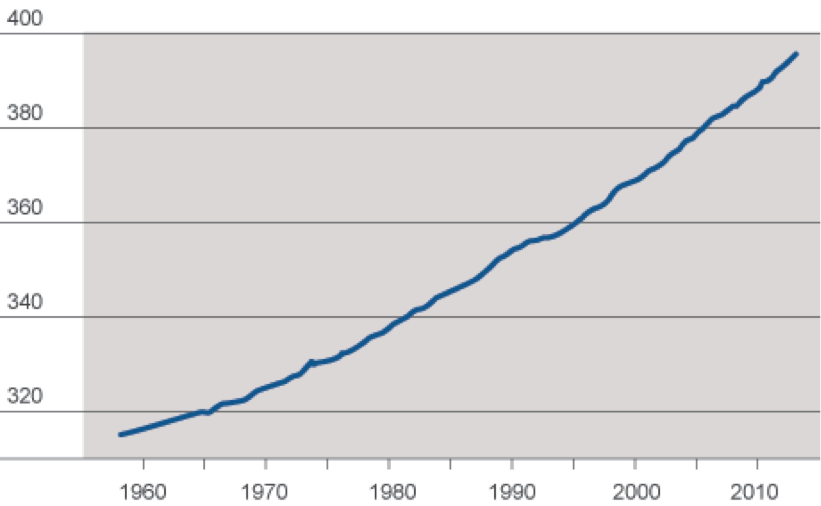 Despite the political will to reduce GHG, emissions have increased over the past ten years this due to issues such as: 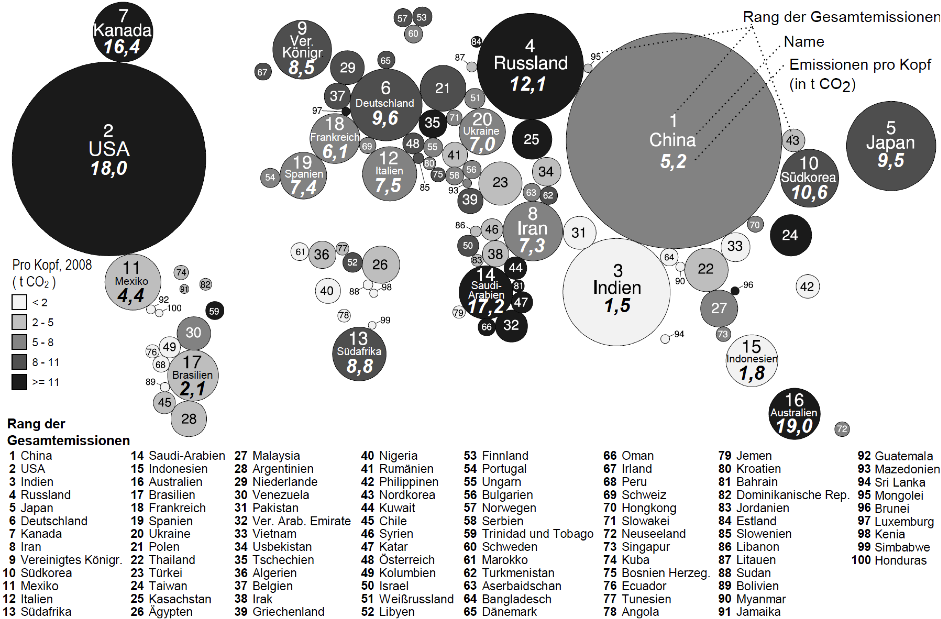 Figure 3: Comparison of cities and countries by CO2 emissions 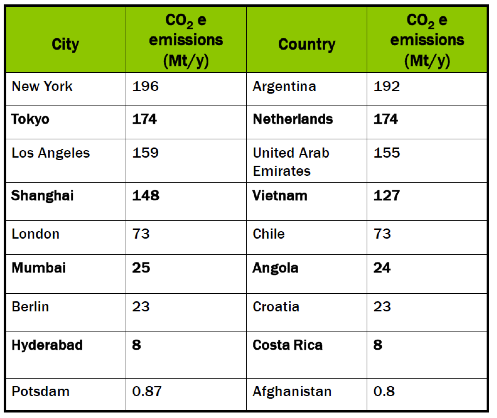 CO2 from energy consumption: The world’s energy demand has been increasing rapidly over the past 100 years and is been based on fossil fuels such as oil, gas, and coal. During this time approximately 50% of the existing oil stock has been consumed, and in parallel, the emission of CO2 has been rising – and, it is still increasing.

Figure 4: World energy consumption up to 2060 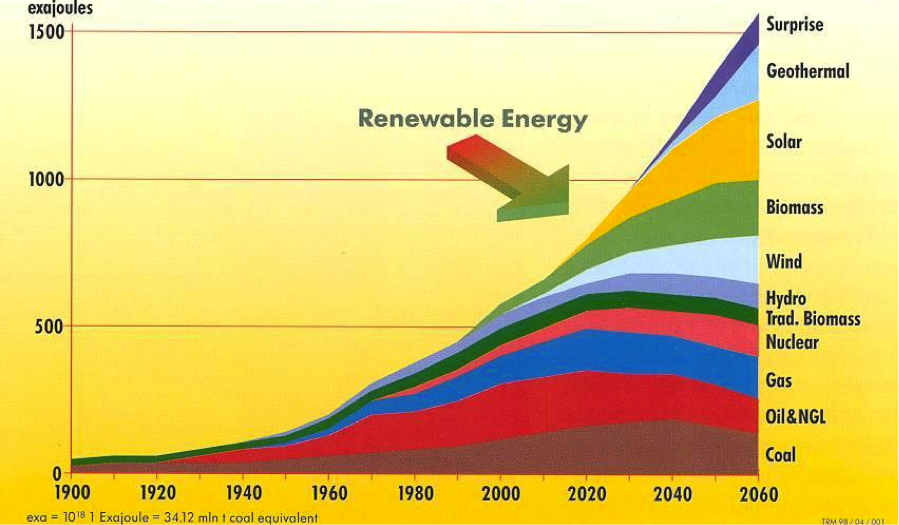 Looking at global GHG emissions by sector demonstrates the impact that existing energy solutions and existing land uses have on the production of  GHG. Electricity, heat and other fuel combustion sectors emit 33.5 per cent of GHG. A move towards more sustainable energy solutions would begin to reduce this. Spatial planning is a key mechanism through which this can be achieved. 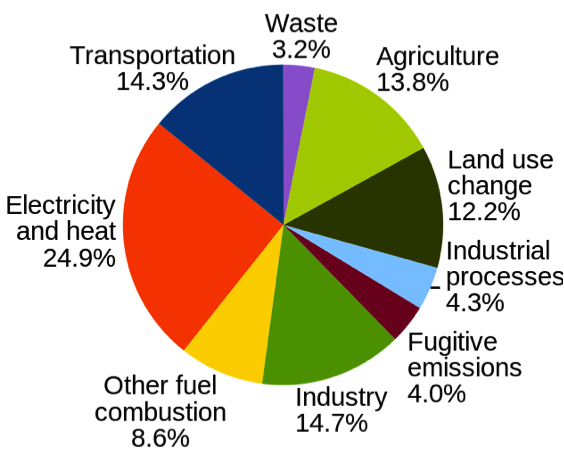 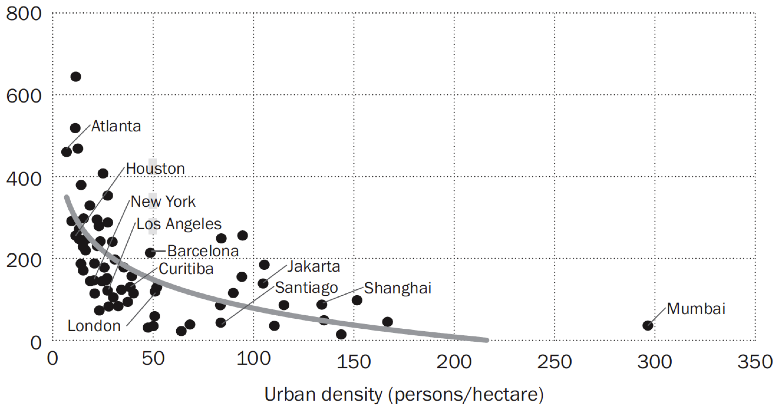 The Impacts of Climate Change

The emission of CO2 from the burning of non-renewable fossil fuels is a primary cause of global warming. The continued emission of greenhouse gases from these sources of energy at the current levels will cause further warming and change to the climatic system. In order to limit the amount of climate change, substantial and sustained reductions of greenhouse gas emissions are required, without such reductions global warming will lead to economic, environmental and social problems.

The Intergovernmental Panel on Climate Change (IPCC) is the leading international body for the assessment of climate change. It was established by the United Nations Environment Programme (UNEP) and the World Meteorological Organization (WMO) in 1988 to provide the world with a clear scientific view on the current state of knowledge in climate change and its potential environmental and socio-economic impacts.

The IPCC Fifth Assessment Report (published 2013) demonstrates that global emissions must be greatly reduced in order to avoid the worst effects of climate change. It also contains important new scientific knowledge that can be used to produce actionable climate information and services for assisting society to adapt to the impacts of climate change. The fifth IPCC report identified that: 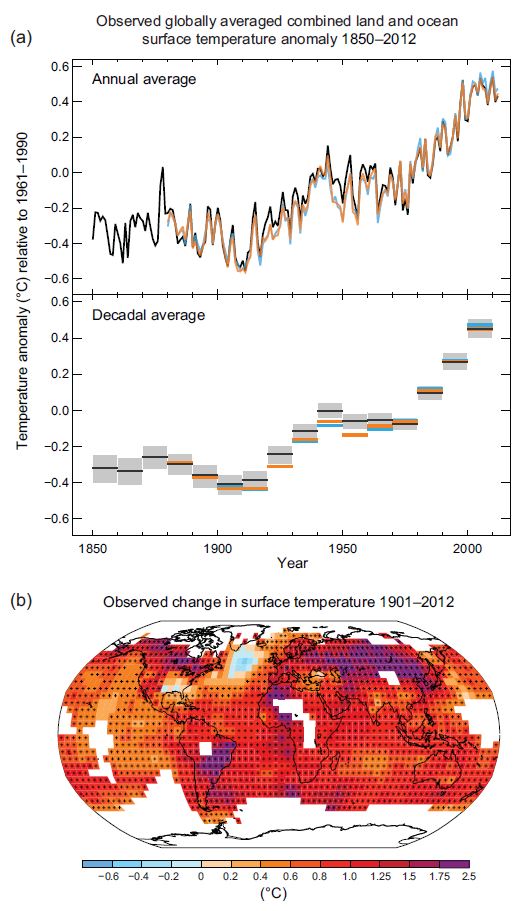 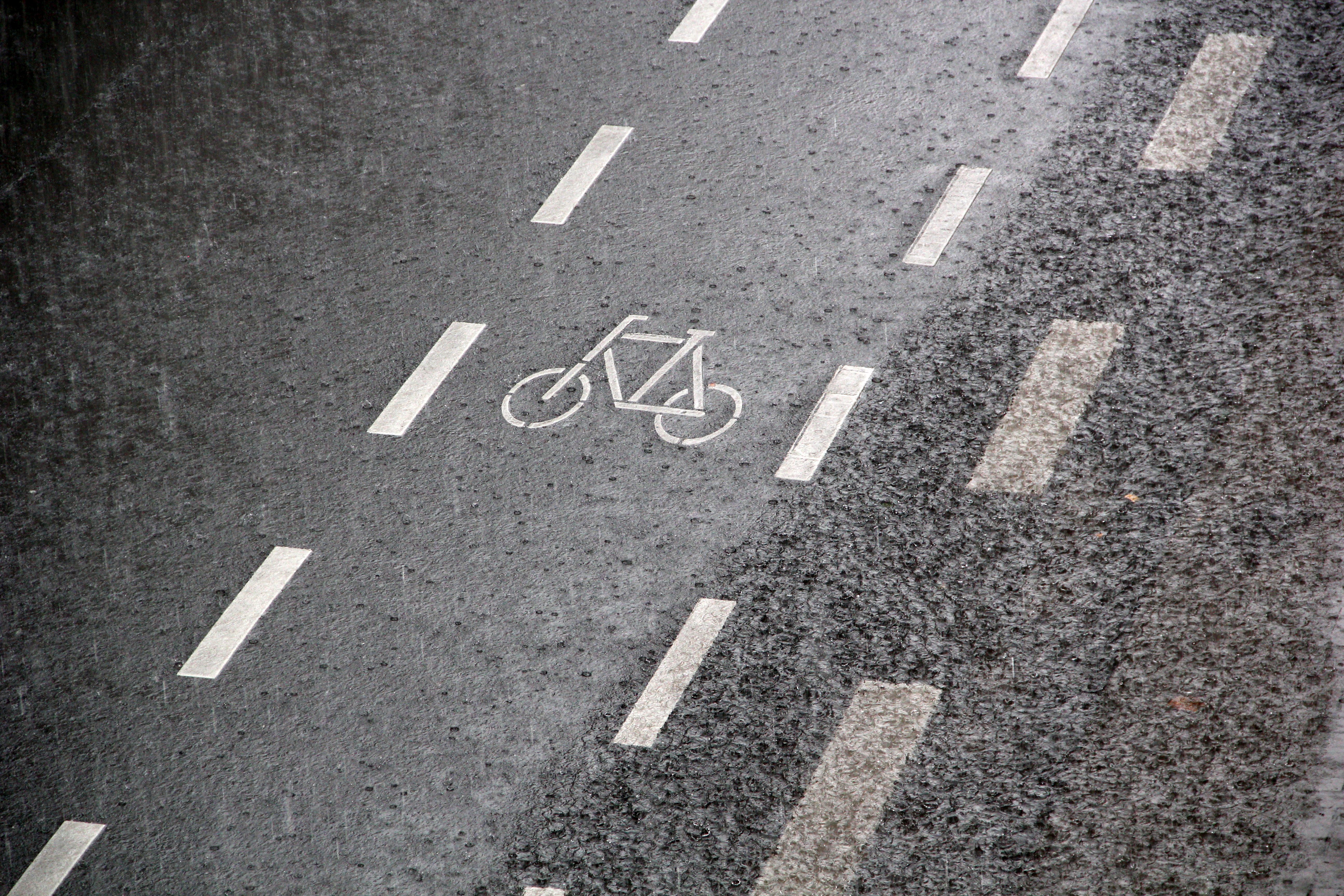 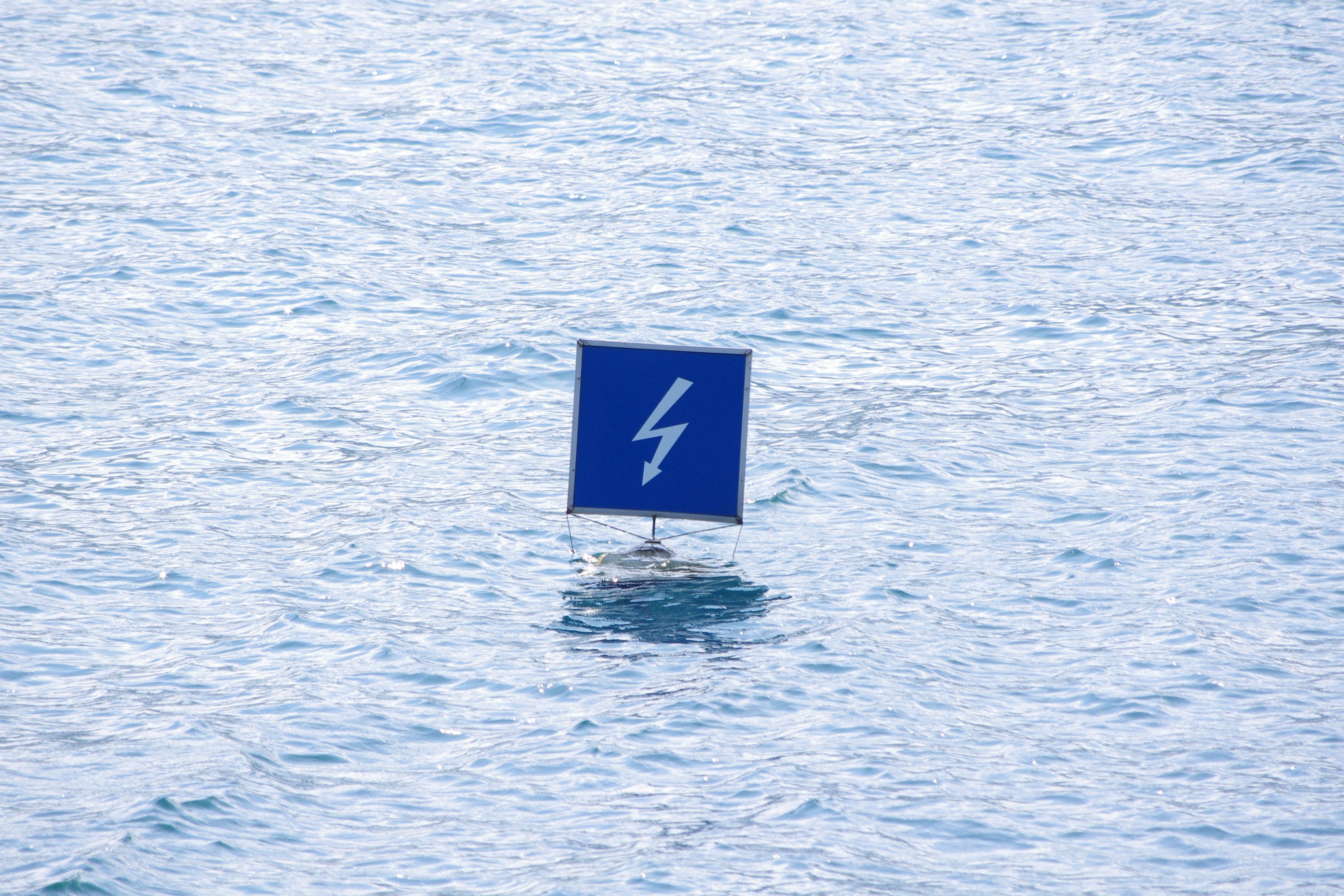 The Potsdam Institute for Climate Impact Research (PIK) works with the IPCC on climate change issues and work to devise strategies and options for a sustainable development of humankind and nature. Interdisciplinary and solution-oriented approaches are a distinctive characteristic of the institute. In 2013, PIK’s research found that: 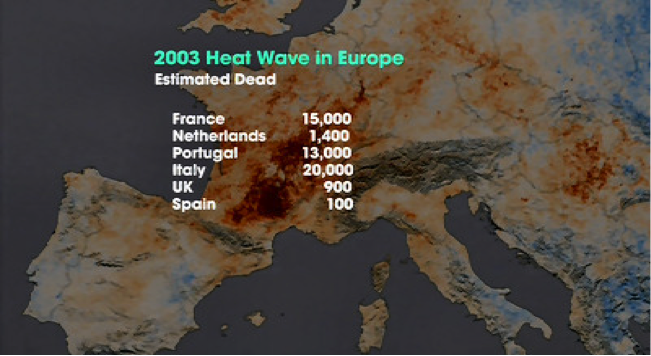 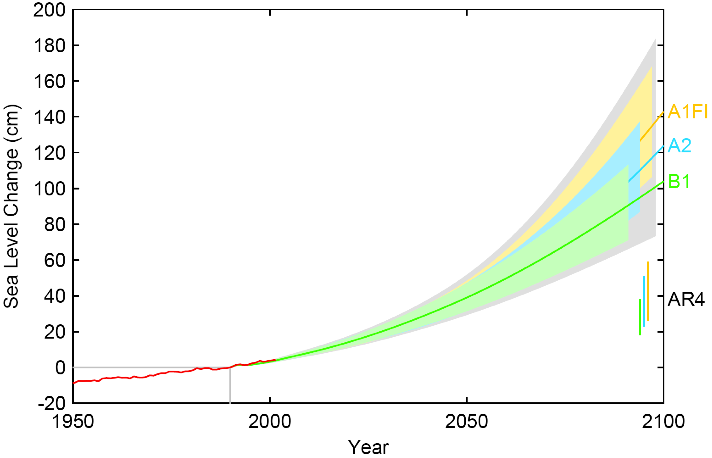 The Challenge for Planning

United Nations Under Secretary General and UNEP Executive Director Achim Steiner said: “Climate change is a long term challenge but one that requires urgent action, not tomorrow but today and right now, given the pace and the scale by which greenhouse gases are accumulating in the atmosphere and the rising risks of a more than 2 degree C temperature rise”. Important stakeholders for implementing activities are the town- and spatial planners because they have relevant formal and informal instruments to support the minimisation of global warming.  These are the local plan, neighbourhood plan, binding local plan, land use plan, regional plan, masterplan, regional development concept, comprehensive plan, traffic plan, to name a few.

Challenges and activity fields for planners can be (Source: Klimaschutz in der räumlichen Planung, Umweltbundesamt, 2012):

The Planning and Climate Change Coalition Case Study sets out exemplar legislative and policy context for action on climate change, and offers principles and good practice which local authorities and communities may find helpful in preparing plans and implementing them through development management.

The PCCC guide ‘Planning for Climate Change – Guidance for Local Authorities’ can also be downloaded from here - http://www.tcpa.org.uk/pages/planning-for-climate-change-guidance-for-local-authorities-2012.html