The existing building stock in the EU has to be in the focus of planers to integrate renewable energy and efficiency measures. In most countries is the planning of new buildings decreasing (crisis, decrease of population, demographic change, better land management,……) but big potentials for climate protection measures are related to the building stock. It is revenant because, as already mentioned in module 4.5 nearly 40% of final energy consumption is in houses, public and private offices, shops and other buildings. In Germany for example 75 percent of the 18 Mio. residential buildings and 1,5 Mio. non-residential buildings  were built before 1975 when the first ordinance of thermal insulation was established. These buildings are in the majority not energy efficient. Most of them show – despite neglected energy saving renovations –  potentials for saving energy demand from up to 80 percent!

Climate protection is heritage protection because the climate change endanger the historical heritage! According to a new study 136 cities, land scapes or monuments of the from the UNESO world heritage list are endanger. 40 of these are beyond remedy even the global warming would stop now! Examples are Lübeck, Macao, Venice, Havanna, Napoli, Bruge, Pisa, Ferrara, Istanbul, St. Petersburg, etc. most of them are endanger because of the increase of th ewater level of the sees. Analysts say that an increase of the water level of 1.8 meter is expected for the next years. But much more is possible in the long term. More information from the Potsdam Institute for Climate Impact Research (PIK) see here.

The basic principle of protection of historic building and climate protection are equal. Both sides would like to preserve, on the one side the historical appearance on the other side the safeguard of the natural resources. Climate protection has a cultural dimension! Furthermore is the energetic retrofitting of historic buildings an investment in the future of the monument. For this background it is important that planners and preservationist together find solutions in the way of cooperation. Integrated concepts have to be developed. Often municipalities are a good model for citizen and building owners.

Refurbishments of historical building are in general needed and it is against dereliction and high energy prices. It is easier to lease because of saving energy and positive living climate.
Most of the historical buildings were built in times of low energy prices (e.g. cheap coal) - in Germany for example in the Wilhelminien time. But energy prices will further increase in future, therefore energetic refurbished of buildings will save money for energy demand. In a longer term perspective this fact will lead to a higher added value in the regions. Furthermore it is important to put a focus of historical quartier – if one exists – to implement measures!

The EU has funded the project “Efficient energy for EU cultural heritage” in the 7th Framework Programme. The project 3ENCULT bridges the gap between conservation of historic buildings and climate protection, which is not an antagonism at all: historic buildings will only survive if maintained as living space - please find more information here: http://www.3encult.eu/en/project/welcome/default.html 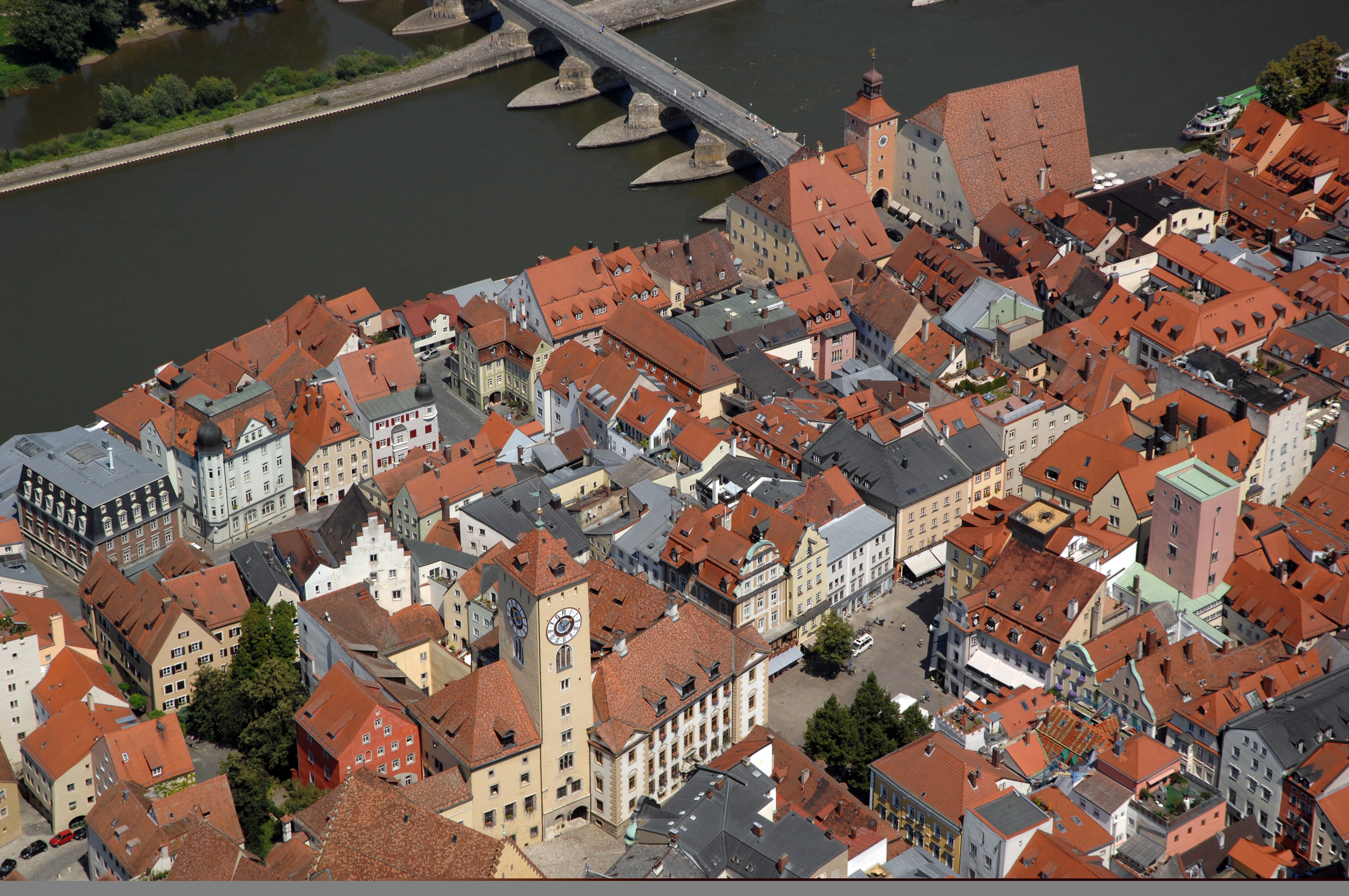 Relevant parameters to be considered

Climate protection and monument conservation are not a contradiction - but conflicts between retrofitting and historic preservation exists.

Planners have to consider that it is not only the focus on historical buildings – in the legal sense – (could be 3 percent in a city) but also in a wider scale for protection worth example buildings facades (could 20-30 percent of a city).

Critical point is the outer wall: Important is the consideration of building physics for the achievement of a continuous living comfort – essential is the outer wall of the building. The inner temperature of that wall should be not lower than 11 °C because of moisture and mould formation. This has to be considered also if new window glasses with better insulations are used, in such cases also the outer wall should be insulated. Thermal bridges have to be avoided. The use of newer insulation materials (thermal conduction classes of 022) can achieve with 4-8 mm the same effect than polystyrene or mineral fibre materials with 8-16 mm. In some cases if a insulation to the street side is unwanted a full heat insulation of the side and back walls helpful. Also the insulation of the inner wall is a possible way. This could achieve – with regard to the wall area – half of the energy savings comparing with outer wall insulation. Inner insulation leads not to moisture problems if the handling is correct. In cases were inner insulation is used also a good aeration system with heat recovering is a good choice.

For planners is the determination of the reference level: single monument / street ensemble / historical quartier. The measurements for a single house could be focused on technical modifications. Whereas the activities for a historic quartier should be more holistic.

With predominantly compact structures and short distances between the various buildings, historic neighbourhoods make a significant contribution to climate protection, environmental sustainability and resource conservation. The continual re-use of existing buildings and the careful utilisation of raw materials make historic districts exemplary in terms of sustainability and efficiency.

But older properties require further upgrading with regard to energy and climatic requirements. And it is not only property-related measures that can have an effect on climate protection. Beyond the renovation of buildings to in crease energy efficiency, district-related potential can also have relevance for climate protection. Both an activation of these reserves and the implementation of respective measures are of central importance in safeguarding the quality of life and competitiveness of historic neighbourhoods, while also ensuring a long-term preservation of the architectural heritage. This municipal work aid includes key fundamentals, which can be used to identify the district-related potential for climate protection and to foster the conceptual preparation of climate protection measures in the historic district, while ensuring the compatibility of climate protection and the preservation of historic monuments.

As a result, two key aspects emerge that should always be used as a basis for municipal action in the context of climate change activities in a historic district. Firstly, a cautious approach is needed, one that requires an intensive analysis of the respective conditions and architectural values in the historic area. There are different approaches to examining the special characteristics of a place and identifying elements that form part of the city’s identity. There are also many different strategies and fields in which action can be taken when it comes to climate protection activities in the historic district. Identifying which of these are actually suitable for implementation always depends on the circumstances at hand. Secondly, it can be observed that the challenge of developing historic districts in a forward-looking manner, thus ensuring monument conservation and climate protection, can only be met when using an integrated approach. This relates both to the identification of suitable strategies and fields in which action can be taken, along with their interplay, which must always be considered in conjunction with other topics, as well as the participation of various stakeholders and user groups in the neighbourhood. For the viability and sustainability of climate protection measures, it is essential to obtain the full involvement of various municipal authorities, along with the various stakeholders of the city and the residents of a historic district.

Example: A energetic refurbishment of a building from the Wilhelminian time - with a heat energy consumption from 250 kWh/m2/a - has the following energy saving potentials:

A smart combination of such measures is sensible and not an addition of all. For example the combination of insulation of inner and outer walls as well as the aeration system would lead to energy savings from 70-80 percent.

In General is the outer wall is mostly the critical point for historical building.

Furthermore the use of CHP (e.g. biomass fuel) or other techniques would be decrease the energy consumption. Independent from the local situation of the building is the use of modern energy techniques sensible (..perhaps in cases of protection of facades). For example CHP is a efficient way for the energy supply. Power can be used in the building or transferred in the public grid. The waste heat can be used for the building. CHP can be used decentralised for single or to family houses or for housing blocks as well as whole districts od a city. The fuel can be fossil based (gas and oil) or regenerative (wood, biogas, etc). Buildings which have an oil based heating system can switch to wood pellets. To storage the pellets the former area with the oil tank can be used. The use of CHP leads to an increase efficiency up to 30 percent in comparison to central power stations.

The use of photovoltaic is a specific conflict area. However, the use of solar thermal devices are often a good solution, it is often possible to use roofs which direction is to the backyard.   Solar thermal devices have not such big space consumption in comparison to PV panels. But also new frame free PV panels can be better integrated without optical problems.

With the use of solar thermal devices it is possible to cover 30- 50 kWh/m2 in a year. In a combination with an electric heat pump the efficiency of can be increased explicit.